What If You Were Pregnant for Three Years? 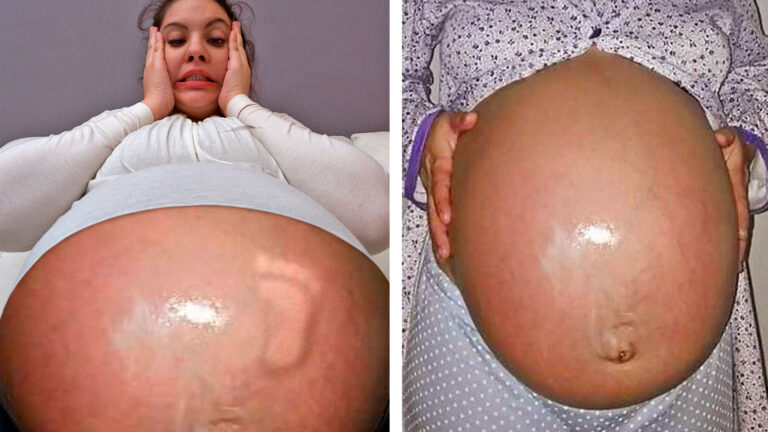 In only nine months, your unborn child can wreak havoc on your body. Well, brace yourself because now that life will be gestating inside you for three years. But how could this fetus dehydrate you? Why would this solve overpopulation problem? How would this affect your baby’s brain?

Typically, one trimester in human pregnancy lasts only three months. But now, each stage of development will take one full year. This is a longer pregnancy than the African elephant, which takes around 22 months to pump out a highly developed baby. It’s likely that human gestation takes less time than other primates because of how much it drains the mother’s body.

So if the fetus was inside you for this long, what would happen to your organs? This first year is critical for your child’s development. If anything were to go wrong, this is likely the time that it would happen. Pregnant people go through morning sickness during this time, and the toll could be worse than you think.

The frequent vomiting could leave you dehydrated and malnourished during this first long year. Without enough fluids in your body, you could suffer severe fatigue. Get some bed rest. The worst is yet to come. Many people call the second trimester the Golden Period as the body adjusts and adverse effects disappear. But you might call it hell.

During your second year of pregnancy, you’ll suffer back pain, abdominal pain, leg cramps, constipation and heartburn. This is when your cravings will increase as well. With this increased gestation timeline, you might eat even more for longer. Your child will also become seven times heavier.

Since you’re carrying this life longer than average, your skin might adapt to the growth, making stretch marks less common. But this final year will bring your biggest challenges yet. You’ll experience shortness of breath, sleeping problems, grow hemorrhoids and even incontinence.

The weight gain will constantly drag you down, making you uncomfortable almost all the time. And the false labor contractions won’t help your mood, either. So what’s going on with that little life inside you? As the fetus grows, it’ll put more pressure on your bladder, making you visit the bathroom more often than you’ll care to go.

The fetus will start to radiate body heat, increasing your temperature too. And hopefully, your unborn child received the nutrients it needed from the placenta to develop properly. In the last trimester, the placenta can build up small calcium deposits. That would restrict fetal growth and make your child more at risk for hypertension, diabetes and anemia.

When it’s born, your baby will be the average size it would’ve been during a nine-month pregnancy. So don’t expect it to be learning to walk like a baby gazelle. But since your child had more time to develop in the womb, their brain might be more advanced. They could learn quicker and maybe even communicate at an earlier age.

After this three-year ordeal ends, the life you put on hold will resume. If every pregnancy took three years, people would debate even more if having a child is worth the risk to their health and the time it takes away from everything else. Population numbers might start to decline as people take a pass on becoming pregnant. But what if you found out tomorrow you’re having octuplets?

What If the Spanish Flu Never Happened?

What If You Lived on Uranus?