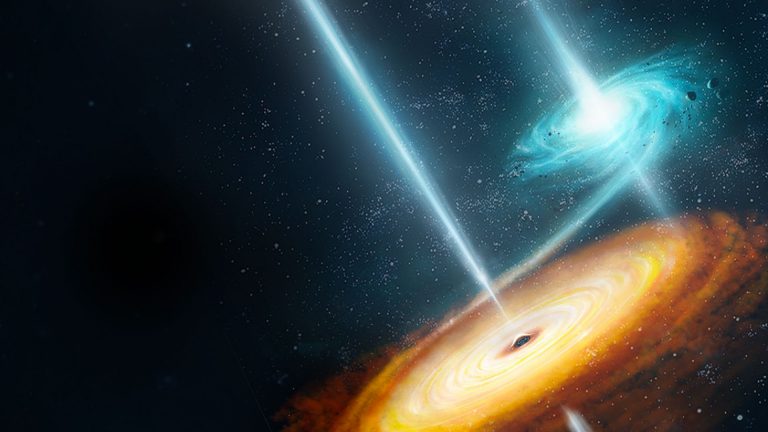 Black holes are one of the most devastating objects in space, sucking up everything around them. But there’s another space phenomenon that’s just as destructive, and it’s known as a white hole.

Now, what would happen if these two objects met in space and fought each other? How could something like this happen? Who would win? And what is a white hole anyway?

Before we get to our fight, let’s see what these two opponents are all about. In one corner of space, we have the black hole. This legendary space occurrence is probably pretty familiar to you.

So with our two fighters having completely opposite attack strategies, who will win?

Despite us not knowing much about our white hole mystery opponent, it’s much more experienced at conquering space than the black hole is. That’s right, the white hole is a proper journeyman and has been roaming space for millions of years, kicking butt and taking names. That’s because scientists theorize that this white hole used to be a black hole.

Scientists suspect that after millions of years, black holes will become white holes. And all the energy and matter it consumed over the years will be expelled back into space. That being said, when it becomes a white hole it might not last very long, so it will need to act quickly if it wants to pick a fight with a black hole.

After millions of years of causing destruction throughout the Universe, our two opponents finally meet. They’ve battled asteroids, planets, and even stars, but they always managed to survive. Now, they both face their greatest opponent yet.

It might be as big as the Messier 87, which is 38 billion km (23.6 billion miles) across. For reference, that’s 3 million times larger than Earth. So if a white hole and black hole collided, we’d have a massive black hole roaming around the Universe, destroying everything in its path.

What happens when they will mix

What If You Never Threw Anything Away?