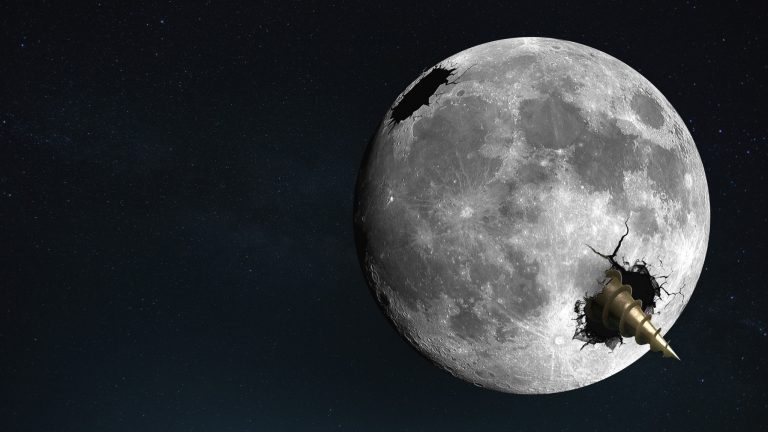 The Moon’s surface is made up of long-dead volcanoes and impact craters from asteroids. But have you ever wondered what might be inside it? We could find out one day, by digging a tunnel through the Moon. 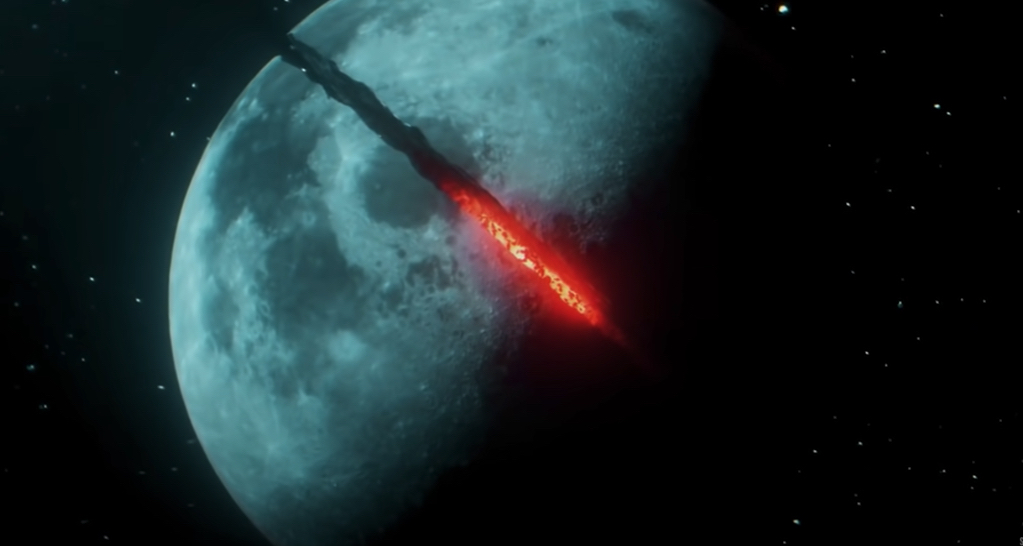 How long would this take? What mysteries would we find inside? And how would gravity affect our dig?

Unlike the Earth’s layers, we don’t know as much about what’s inside our Moon. But to get through it, you’d need to dig over 3,000 km (1,864 mi). And with today’s technology, doing something like this would take about 1,300 years. 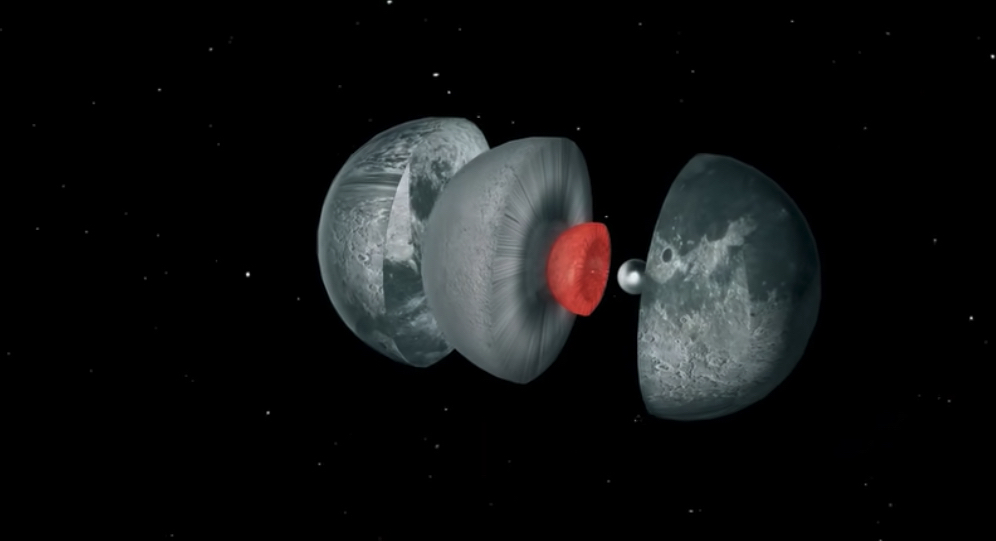 But what if we managed to fast forward this with more advanced technology? What would happen then?

To start our journey through the Moon, we’d first want to choose an area that would give us a head start. The best choice would be the South Pole-Aitken Basin. This is a massive basin that’s 8 km (5 mi) deep. For comparison, the deepest hole on Earth is 12.2 km (7.6 mi), so this would save us a lot of time.

Now it’s time to start digging. The first layer you’d need to worry about would be the Moon’s regolith, aka the Moon’s outer crust. It might not seem like it at first, but this layer is surprisingly dangerous.

Regolith is billions of years of crushed asteroids and moon dust. It’s razor-sharp and very fine, and can easily get into your suit and your drill, which will wear them down over time. And make sure you don’t accidentally inhale any of this stuff, as it can cause lung cancer.

You’ll be digging through the regolith layer for up to 15 m (49 ft), until you reach the lunar crust. This layer is made up of bedrock. And it’s where you might make some money, since rocks in the crust contain lots of titanium and aluminum. 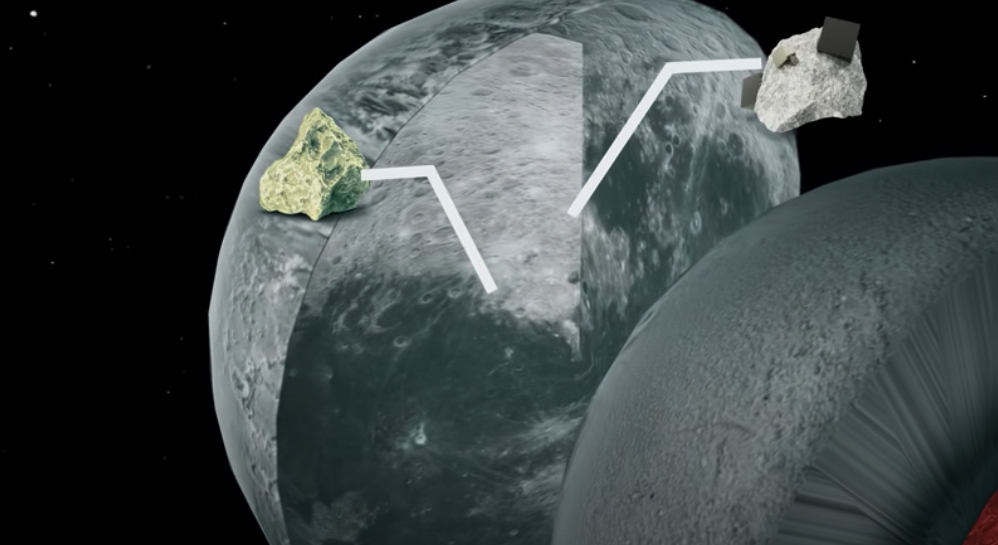 You’ll also be able to find iron, calcium, and magnesium. We could either bring these back to Earth, or use them to help us colonize the Moon.

This layer is about 100 km (62 mi) deep. Once you’re through this layer, you’ll then have to deal with the lithosphere. This layer used to be magma that would supply the Moon’s volcanoes, but thankfully it’s cooled and is now solid. 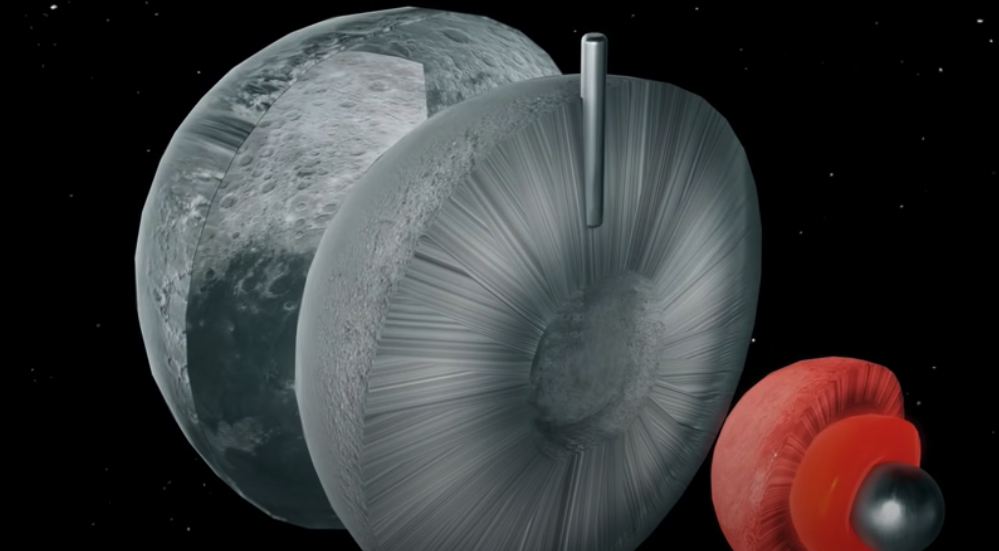 At this point, your journey would definitely be over, as you’ll be facing temperatures of up to 1,500°C (2,600°F). But we’ll give you a special suit to help you survive this, oh, and a special drill too. Now you wouldn’t be drilling at this point. Instead, you’d be
trying to swim your way through this magma.

And as you get past this, you’ll be met with another liquid. But this time it will be liquid iron, which is the outer layer of the Moon’s core. Its radius is roughly 330 km (205 mi), so let’s hope your suit can still withstand the immense heat.

And as you drill your way through these thousands of kilometers, you’ll notice that the gravity has been changing. As you reach the center of the Moon, the gravity will reach zero, and you’ll be completely weightless, floating in the Moon’s inner core, made of solid iron.

So now that you’ve reached the center, it’s time to make your way back out. Through the outer core, out through the asthenosphere, then the lithosphere, inner crust, and finally the regolith layer. And drilling through wouldn’t take as long as it did the first time. That’s because the inner crust is about 40 km thinner on this side of the Moon, which is the side that faces the Earth.

Digging through the Moon has some benefits, but overall it wouldn’t be worth it. After all, this project would take 1,300 years, and who wants to wait that long? Oh, that reminds me, maybe building a time machine would help.

What If Latin America Was a Single Country?

What If the Oceans Were Made of Gasoline?

What If You Jumped Into a Pool Full of Honey?

What If You Jumped Into a Bathtub Full of Tapeworms?