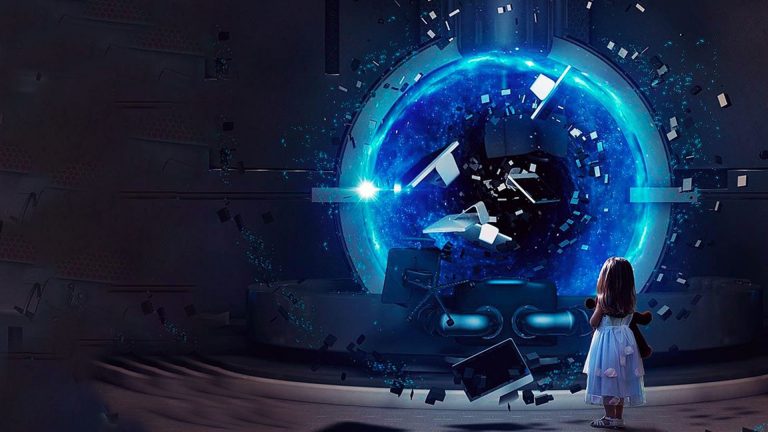 Imagine being able to travel to any point in time. Where would you go, and what would you do? You could witness some of the greatest moments in history or even change history.

You could travel into the future. And you could even save JFK from being assassinated.

So how could we travel through time? Well, no one that we know of has figured this out yet, but physicists have a couple of theories about how we might do this. It could involve us either traveling at the speed of light, jumping through a black hole, or some other crazy method.

And yes, although it is theoretically impossible to travel back in time, let’s just say we can do it anyways. Oh, and also, we won’t be jumping through any black holes.

Instead, we’re giving you a magical pocket time machine that can take you to any point in time. So, what’s your first stop?

Naturally, you’d probably want to go to some of the most critical moments in human history. Maybe you’d want to go to WWII, and see what it was really like.

You could prevent things like Pearl Harbour from ever happening by informing the Americans that the Japanese are going to attack them. It’s unlikely they’ll believe you, considering you’re a complete stranger, but who knows.

If successful, you could end up saving millions of lives. Or if you’re not that bold, you could just sit back and live in the world.

Grab a drink with some soldiers, or just hang out in the 1940s and avoid the war altogether. Now, for our next stop, let’s go help tear down the Berlin Wall. You won’t necessarily be influencing this part of history, but you’ll certainly be a part of it.

How cool is that? And after this, we can go further back in time to Egypt and watch the pyramids being built. Then let’s jump forward a bit to watch your favorite 80’s bands play in their prime.

Now, that was all fun and good, but it’s probably time to head back to your current day. But when you get back, you quickly notice that world looks a bit different.

Earthquakes are happening, radiation is everywhere, and cities are completely destroyed. You’re now living in an apocalypse.

This is due to the butterfly effect. You may have heard of this before. The classic example is that a butterfly on one side of the world in the Jurassic age can cause a tornado to happen in 2004.

Now obviously, a butterfly’s wings can’t directly cause a tornado, but this example shows that all actions in the past have consequences in the future. No matter how big or little, all actions will ripple through space and time.

Of course, killing baby Hitler or showing people cellphones in the past before they’ve been invented will greatly impact the future. That much is obvious when we look at the huge turning points in history.

What’s not so obvious is the idea that any little thing we do impacts the future. So let’s say we don’t participate in WWII, or stop any crazy events from happening. We just go to the past and simply observe, walk around, maybe even buy a coffee. When we come back to our current time, things might still look vastly different than when you left.

If you simply exist in the past, it can alter and change things in the future, no matter how little you do. Here’s an example of the butterfly effect potentially at work in our real world. The U.S. rail system is an oddly specific size of 4 feet and 8.5 inches wide. Why is that?

Well, the people who built the railroads were used to making wagons that were that size. And the wagons originally came from England, where they made them that specific size due to the grooves in the road.

If the wagons were any wider, they could get damaged, so they settled on 4 feet and 8.5 inches. The reason the roads were this way was because 2,000 years before this, Roman chariots made these first roads as they were conquering the area.

And the reason the chariots were this size? Because it was the size needed for two horses to fit on a single chariot. So when you think about the reason the United States has railroads like this, it’s because of horses. More specifically, the size of their butts.

This just goes to show how decisions we made in the past, no matter how little or inconsequential they might seem, could seriously change the future. We can also think of it as the decisions we’re making right now will greatly impact the future. So what if watching this video today, is preventing a world war hundreds of years from now?

What If You Lived on Uranus?

What If Putin Died?