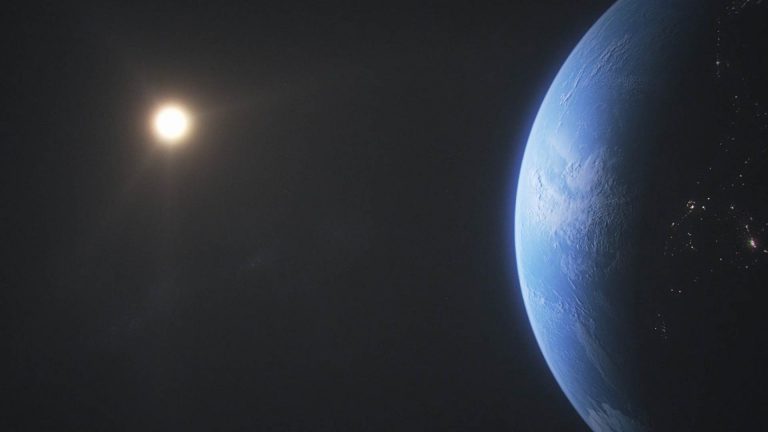 Imagine never being able to dream of landing on Mars or traveling to Saturn. Not because it’s impossible to get there, but because they didn’t exist. Because Earth was the only planet in our solar system.

What would the night sky look like? Where would Earth be located? And how would humanity evolve?

The other eight planets in our Solar System aren’t just pretty to look at, or something we strive to travel to one day. Even though they’re billions of kilometers away, they’ve played an essential role in life here on Earth. So what would happen if they had never existed?

Each planet in the solar system played a vital role in the development of Earth billions of years ago, and in keeping Earth safe today. Take the placement of every single planet, for example. They all have their own little space in the galaxy, and that’s not by accident.

Our planets work together to keep each other in place. For example, if Mercury and Venus ceased to exist, Earth might drift closer to the Sun.

And if Jupiter or Saturn disappeared, instead of going closer to the Sun, the Earth might drift further away from it. This would cause a number of issues for us Earthlings. Right now, we’re lucky enough to live in what scientists call the “Goldilocks Zone.” That’s because Earth sits in the range of orbits around the Sun that are just right to sustain life.

If Earth were to move closer to the Sun, it would get a little bit hot, to say the least. We might burn to a crisp. The farther away we get, the more temperature would drop. Earth would be too cold to sustain life.

The position of Earth in the Solar System not only affects life, but everything that happens on our planet. It affects our seasons, the length of our days, and how long our year is. But unfortunately, the time we wake up at will be the least of our worries.

With Earth being the only planet in our Solar System, there’s no telling where it might end up. We could be all the way in the back, where Uranus and Neptune used to be, or somewhere right up front where Mercury once was.

It’s safe to say that no matter where we end up, if it’s not the Goldilocks Zone, there’s a pretty good chance there wouldn’t be any life here on Earth. If life did form somehow, it would definitely be aquatic.

That’s because, without any other planets keeping us in check, Earth’s gravity would be severely different. When we say ‘no other planets’ we mean no moons either. The Moon’s gravitational pull is responsible for the tides here on Earth, without it, our waters would remain still. The oceans wouldn’t rise or fall, they would just stay where they were, covering the entire planet (with water?).

So really, Earth as we know it wouldn’t exist if there were no other planets. There’s virtually no chance that humanity would be living today. But what if, instead of the planets never existing in the first place, one day they suddenly disappeared?

Apart from Earth violently moving around, not knowing where to go, we’d also have another huge issue to worry about. Asteroids. It’s clear that every planet is critical to life on Earth.

If just one planet suddenly disappeared, a number of issues would go along with it. There are two planets that have a very special role in keeping Earth safe. Jupiter and Saturn.

Luckily, we hardly see any of these, and that’s thanks to Jupiter and Saturn. Because of their enormous size and gravity, they do an excellent job pulling asteroids into them so that they never make it to Earth.

With these planets gone, Earth would be bombarded by asteroids. Not good. In case you’ve forgotten, a single asteroid hit Earth millions of years ago, wiping out the entire dinosaur population.

So this would end up being pretty bad. An asteroid is also most likely how we ended up getting our moon. So without that specific asteroid hitting Earth we may have never have gotten it in the first place. Earth would then be covered with massive craters, and once again, life would cease to exist.

Luckily, you won’t have to worry about any of this. You can rest easy knowing that Earth sits comfortably in this perfect little spot in the Universe, where we can all live and thrive.

Another thing you don’t need to worry about is what would happen if the Earth lost oxygen for five seconds. But it is fun to think about it anyway.

What If You Didn’t Blink for a Week?

What If You Ate an Alien?