What If Aliens Are Already Here? 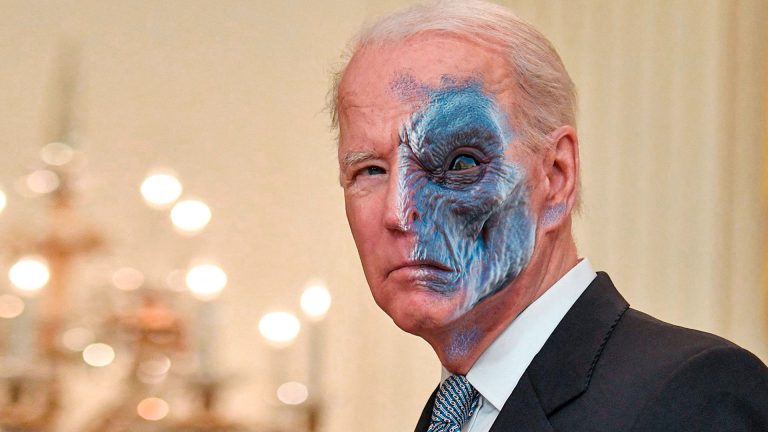 In 2021, the U.S. government released a report of alien sightings over the past 20 years. This report featured 144 sightings, mostly witnessed by military aviators. Only they don’t call them UFOs anymore. It’s now unidentified aerial phenomena, or UAP. There isn’t enough evidence to either confirm or deny that those UAPs are of alien origin.

But if you ask one of the Navy pilots who spotted a Tic Tac-shaped UAP in 2004, those things move in ways we can’t explain. So what if aliens are already here? Well, if they were, we’d be in trouble. Because when it comes to an alien invasion, we don’t have a plan. Not really. If aliens made it to our planet, they’d likely be way more advanced than us.

Most stars in our Milky Way galaxy have been around much longer than our Sun. This means that aliens would have more time to evolve and advance technologically. If those aliens were aggressive, we’d be toast. We just wouldn’t have anything to fight back with. We could get a heads-up and try some things out before our unfortunate demise.

We have programs that track anything that could be a potential threat to our planet. Like an incoming asteroid, or a hostile extraterrestrial craft coming to wipe us out. We’d then attempt to solve this problem the best way we could think of. Nuke them before they destroy us. We’d hope the missile could penetrate whatever alien defense they’d have and cause some real damage.

And if we can’t tell why the UFOs, sorry, UAPs, are moving the way they are, our chances of striking them in space would be laughably low. We might just anger them. If they land on our planet, let’s hope the Pentagon has some secret alien butt-kicking weapons. But even if the aliens didn’t mean us any harm, their visit still might lead to the end of our civilization.

While the world governments would try to assess threats and find ways to communicate with them, civilians would be ordered to stay home. But it would be hard to contain everyone. People might believe the fake end-of-the-world news and panic. Our society would likely be divided.

Even if we kept our cool, aliens could bring some extraterrestrial microbes we’d have no immunity to. They could wipe us out without even meaning to. Let’s hope they stay away and wait for a long time after we’re gone.

What If All the Planets Doubled in Size?