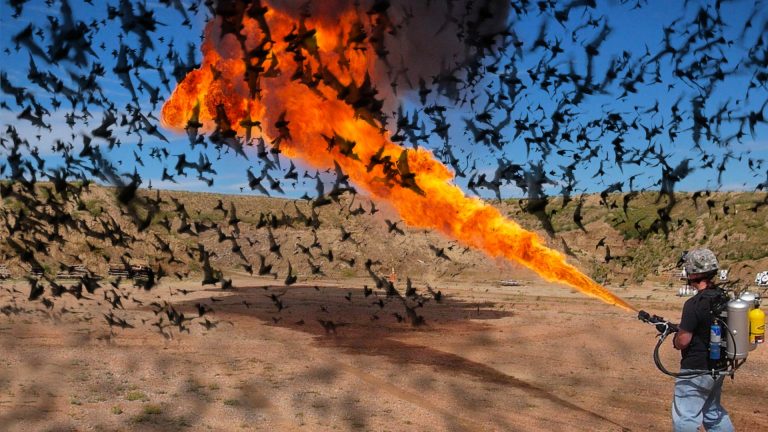 Children of the night, what music they make. That’s right, we’re talking about the nocturnal flying mammals, bats.

Besides being a source of Halloween inspiration, the disguise of a certain wealthy vigilante, and one of nature’s most accomplished pest control workers, bats have gotten a bad rap. Outbreaks and pandemics have resulted in bats making headlines, due to their ability to spread viruses like SARS and MERS. This has made them an easy target for those who wish to take bats out of the picture.

So what if, like a bunch of villagers mobbing together to take on a vampire, we decided to exterminate our planet’s bat population? What would a world without bats be like like? Would it make it better, or way worse?

Bats have had a questionable reputation at best, even before their links to pandemics. Some people have even suggested that we kill all the bats to protect our health.

But before you get your pitchforks and torches ready, let’s allow them to plead their case. Bats are a diverse bunch. With over 1,400 species, they come in all shapes and sizes, ranging from the dime-sized bumblebee bat to the black flying fox, which has a wingspan of up to1.8 m (6 ft).

While some bats are carnivorous, most eat insects. And they are more than earning their keep. It’s estimated that 99% of crop pests are controlled, to some extent, by bats.

Studies suggest that the insect eating-bats provide a service to U.S. agriculture that is worth at least $3.7 billion each year, and could be as much as $53 billion. And that doesn’t include the value of everything bats do, like controlling insects that affect the lumber industry.

A single colony of 150 big brown bats in Indiana can eat around 1.3 million insects each year. These bad boys, which are little brown bats, can eat 4-8 g (0.1-0.28 oz) of insects a night during their active season.

So what does all this mean? Well, let’s say pests are decimating the crops on your farm. If you decided to get rid of our nocturnal comrades, it would cause an estimated $74 of damage, per acre, to your crops, in the U.S.

So if we didn’t have any bats, the damage to 152,971,308 hectares (378 million acres) of farmland could cost us about $273 billion.  And that’s just the moola side of losing bats. Bats eat insects, with mosquitos being a particularly favorite dish. So if we killed all the bats, we would see a lot more mosquitoes, and also a rise in the diseases we get from them.

Malaria, dengue fever, and other health problems would be more common, and we would need more healthcare resources to deal with them. This may lead to a decrease in tourism in some areas, because of the higher chances of getting malaria or dengue fever.

On top of an almost biblical plague of insects, you would start to see food shortages. Bats pull double duty by acting as important pollinators and seed spreaders.  The agave plant relies solely on bats for pollination.

In deserts, bats pollinate cactus plants. Without bats, cacti may slowly disappear. Since they store water, this would lead to water shortages and drier ecosystems.

The rainforest would struggle to regrow without bats spreading seeds. This could lead to the loss of habitat for other animals, and the slow decrease of rainforest trees.

Other forests around the world would start to disappear too. Without these important animals, fruits would be damaged, and without bats to pollinate them, fruits may even disappear from grocery stores.

Imagine it. A world with no bananas or avocados! I don’t want to live in that world.

So the bottom line is, we need bats to continue the valiant work they’re doing. In fact, we may even be able to learn from them. Bats have a tolerance to viruses that surpasses all other mammals’. Why are they able to carry so many different diseases and not have to take a single sick day?

This question has been perplexing scientists for a very long time.

While it may seem like bats are more dangerous than they are helpful, they are extremely important for our ecosystems.  While we’re fast asleep, they’re out there fighting the good fight.  Fly on bats, fly on.

Nature is full of natural pest controllers, and without them, we’d be in serious trouble. We’d have to take the fight to insects like mosquitoes, ourselves. What if we managed to kill all of the mosquitoes in the world? 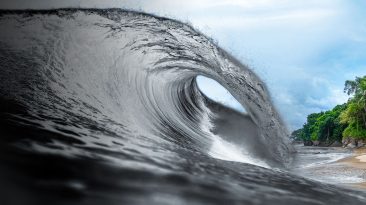 What’s shiny, liquid, conducts electricity and is also the surname of a legendary rock star? You guessed it, mercury. This naturally occurring element has a lot of...