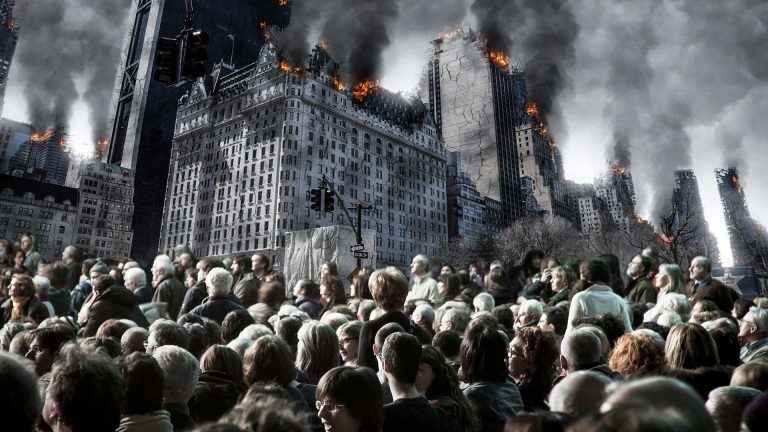 With so many amazing things happening in the world today, what could possibly go wrong? Well… A giant asteroid is barrelling on a collision course with Earth, and life as we know it is on the brink. After the smoke clears…

How do we start over? Where would we live? What might we do differently?

With pandemics, election scandals, and civil unrest worldwide, maybe it is time for a do-over. A clean slate. A fresh beginning. With only 1,000 people left on the planet, 500 women and 500 men, where would we begin?

First of all, we’d need to work together to flourish, rebuild society, and repopulate the planet. We’d need to farm, hunt, and help each other succeed. It sounds like a pretty good starting point, right?

OK, where would we find the ideal place to build this global village? Most likely a temperate region, that is not subject to huge threats from wildlife or natural disasters. Let’s stay away from the Ring of Fire, because earthquakes would not help our society to rebuild. We don’t want to live in an area where malaria is common, either. And living in the north, like Canada, especially northern Canada, would mean surviving intense winters. So, no. How about Mediterranean Europe? It’s got a long growing season for food, and there aren’t as many natural wildlife threats as there are in Africa or Australia. Perfect.

Now that we’ve found the perfect location. Let’s start by meeting our basic survival needs, like water, food, shelter, and sleep. We have to take care of them first, because if people are hungry, then socializing, learning, or working won’t be their main priority, slowing progress.

At this stage, the people who understand how to take care of the land would be extremely valuable. They could teach others how to grow and harvest food. These community members would likely be the farmers, and the other households would get rations. And there could be hunters in the group. There should be lots of meat options, because animal life would be flourishing around the world. Without 7.8 billion humans, animals would be free to roam where ever they wanted. This would also do wonders for our planet. The atmospheric greenhouse gas emissions would eventually level out, and plant life would flourish again. The Earth would finally recover after the centuries of stress due to so many humans.

Now that our food is taken care of, what about love and belonging? We are social beings, and we need relationships. This includes acceptance in a group, family, love, and intimacy. If we don’t meet these needs, people could become unhappy, and even bored.

How would we divide the work, in our smaller pool of humans? It could be easier to accept each other as equals, as we’re all in this global village together. We could develop this society with greater equality and balance between the genders.

Or, could we revert to more traditional roles for men and women, with women of child-bearing years forced to have multiple pregnancies, similar to “The Handmaid’s Tale”? Well, everything seemed to be going OK until that point. Still, with not too many people to choose from, things like love and attraction wouldn’t necessarily dictate who you get intimate with, and those creepy arrangments could be a thing. But if you’re a fertile man or woman, you might be treated better, because you’re responsible for increasing the population.

As we start to repopulate the planet, there would be a need for doctors and medical professionals. Builders and construction workers would also be helpful. Teachers would be necessary, but people would likely start doing internships to learn in such a dramatically different society. If someone wanted to be a doctor, they could shadow the doctors for several years and learn from experience rather than in a school.

Jobs in this new society may no longer have any cash value, and we could see ourselves going into an exchange economy. Something like, “I’ll help build your home if you teach my kids to read.” Going back to a cash-based society may take some time, and with no global infrastructure to rely upon for a supply chain, barter and trade make sense, at least in the short-term.

A 1,000-person community wouldn’t guarantee a stable population. We’d need to work together to overcome the challenges of living without a modern society. The biggest problem would be another disaster happening, and wiping out many of this already small population. Even a sickness could kill many people, and leave the community vulnerable.