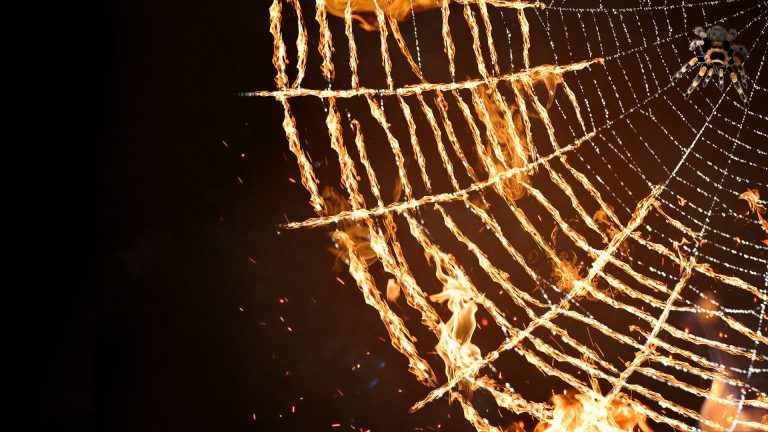 They’re in your yard, on your walls, in your attic, and there’s probably one near you right now. The thought of these creepy crawlers might make you want to go on an immediate spider crusade. With global numbers in the quadrillions, it would be 2.8 million spiders versus every human. My bet is on the spiders.

Maybe with a large-scale international effort, spiders could be eradicated. Just imagine a spider free world!

What would happen to other bugs? Would we see an increase in disease? How would it change the future of medicine?

Spiders are prolific. There are 45,000 species of spiders that we currently know of, and scientists estimate that there are twice that amount we haven’t discovered yet.

They range massively in size too. The Samoan moss spider is a mere 0.3 millimeter (.011 inches) long, while the South American Goliath birdeater is 30 centimeters (12 inches). From a nearly invisible one-third of a pinhead to the diameter of your dinner plate.

Each species of spider contains an average of 500 unique toxins, which allow them to paralyze, kill, and liquify their prey. But just how dangerous are they to humans?

Well only 12 types of spiders can actually harm humans. Unlike other biting insects, they only bite when they feel threatened, and they don’t transmit diseases like mosquitoes, bedbugs, and ticks. Some spiders helpfully chow down on those bloodsucking pests, so you should be thanking them.

If we killed all spiders, we would see a huge population surge in these nasty bugs and the diseases they spread, like malaria, Zika, and dengue. While birds and bats also eat insects, spiders are the true insect control extraordinaires. Without them, creepy crawlers would flourish. Which would be bad news for our food system.

Cereal crops like oat, wheat, corn, rye, and potatoes would be the first to succumb to the horde of uncontrolled insects. We would have to ramp up pesticide use quickly, which poses its own threat to humans and the environment.

Faced with a declining food supply and an abundance of insects, you might have to make a diet change. There are 1,900 edible bugs on Earth, and if we don’t want to perish to worldwide famine, we would have to bring bugs into the mainstream diet.

It’s not just our food source that would be devastated if we did away with all spiders. Venom and spider silk are being researched for innovative medicines and material.

At the University of Buffalo, researchers are testing the venom of a South American spider to treat Muscular Dystrophy. And venom from the Blue Mountains funnel web spider is being used to help combat malaria.

Spider silk is incredibly strong and lightweight. As in, 10 times stronger than Kevlar, strong. This natural silk could be used in bulletproof vests in the future, if we don’t wipe out the spider supplier first.

The same spidey-strong material could revolutionize industries as an eco-friendly alternative to many highly processed materials. It’s even being developed for use as artificial ligaments, tendons, and surgical thread.

All of this innovation would stop if we slayed the spiders. More pressing though, the world as we know it could cease to exist.

While some reports state that in the absence of spiders humankind would die out in less than five years due to food scarcity, other researchers are more skeptical. Scientists from the University of Basel claim spiders hunt more in deep, dark forests and undisturbed grasslands, and not so much in agricultural fields.

Additional scientists believe nature would simply adapt to fill the void, with population booms in animals like bats, birds, and lizards. Even if the world didn’t end after we killed all spiders, they still play a huge and important role in our environment and health.

So maybe you should be a little kinder to the next spider you see. Perhaps name it Charlotte and spin a web of friendship with it instead. After all, it’s probably silently guarding your house from more troublesome pests, like mosquitoes.

I love this story on the spiders

What If We Traveled One Billion Years Into the Past?

What If Everyone Flushed at the Same Time?