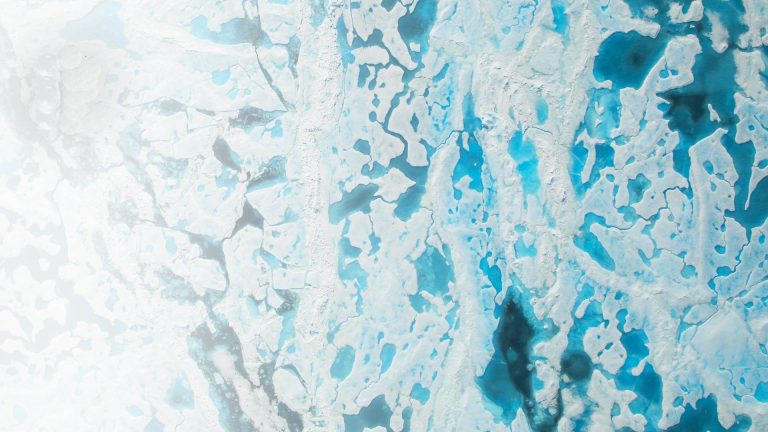 The Arctic might soon become completely ice-free. And when all of the ice is gone, the world won’t be the same. But what if I told you there was a way to prevent this from happening? And that we could do that by geoengineering some artificial icebergs?

Over the last 30 years, the Arctic has lost almost all of its oldest, thickest ice. Now, 70% of the Arctic is covered with thin seasonal ice caps that shrink in the summer and grow back in the winter. This is because global temperatures are increasing, and the Arctic warms up twice as fast as the rest of the planet.

By some estimates, if the Earth continues to grow hotter, the Arctic could lose all its summer ice by the year 2030. And this would affect more than just the Arctic.The Arctic works like a global freezer, keeping the planet cool. Take all of that ice away, and the weather patterns around the globe would change in a very unpredictable way.

But it doesn’t have to end like this. We could step in and regrow some of the Arctic ice. But how exactly would we go about it?

The answer lies in geoengineering. We could bring the ice back to the Arctic with the help of huge wind-powered pumps — 10 million of them, to be precise. The pumps would spread seawater onto the glaciers, where it would freeze and form a new layer of ice. Over one Arctic winter, the pumps would add another meter (3.2 feet) of thickness to the ice caps.

But this would come with a price tag of $500 billion. And even though that’s less than 1% of the world’s gross domestic product, some governments might consider the price too high. But there are other ways. The polar ice keeps the planet cool by reflecting the Sun’s energy back into space rather than absorbing it. This is known as the albedo effect.

We could help the young Arctic ice to reflect more sunlight by covering it with small, shiny silica microspheres. These powder-like microbeads aren’t toxic, and their chemical and physical properties are similar to sand. It would cost us just $300 million to sprinkle 25,000 square km (45,000 square mi) of the Arctic. But that would only cover less than 1% of all the ice there.

And we’re talking about dumping millions of tons of silica over the Arctic that would sink to the bottom of the ocean when the ice melted. We don’t know yet what ecological impact it might cause over time. Would you want to risk losing the Arctic before performing more tests? I didn’t think so.

We could leave the ice alone and try cutting off the Sun’s rays by using the clouds. But they would have to be very thick to reflect the sunlight efficiently enough. This could be solved by seeding the clouds above the Arctic with droplets of saltwater. All we’d have to do is figure out how to deliver an ultra-fine seawater mist into the lower atmosphere.

Or, we could go further and start growing icebergs. First, we’d dip submarines below the surface of the ocean and fill a tank with seawater. An onboard desalination system would remove the salt from the water, and then a giant freezing machine would form icebergs 5 meters (16 feet) thick and 25 meters (82 feet) wide.

But despite how cool it sounds, the amount of energy required to power the operation, and the heat it would release, might negate any benefits of restoring the Arctic ice. Should we even bother? We could just quietly watch the Arctic lose its ice to climate change, until eventually there wouldn’t be any ice left at all.

As temperatures rose, the Arctic permafrost would melt and release more carbon dioxide into the atmosphere. That would increase the global temperatures even further. The weather patterns across the planet would be sent off course, resulting in more floods, more droughts, and more heatwaves. Some scientists even believe that the ice-free Arctic would bring harsher winters to Europe and North America. And who knows what else could happen?

Without ice to rest on, polar bears would be forced to swim around instead of conserving their energy during times when food can be hard to find. That would result in their population dropping to less than 10,000 by 2050. It would be fantastic if we could refreeze the Arctic. We should at least try to refreeze a small portion of it. But that would be only a temporary bandage if we continue doing the things that caused the ice to melt in the first place.

It really comes down to us making a collective effort to switch to renewable energy sources and energy-efficient appliances, to cut back on the amount of meat we eat, to stop throwing food away, to reduce water waste, and to buy electric, or at least fuel-efficient cars. It’s up to us to help our planet. And if that’s not enough, remember that you have a right to demand policies that reflect climate science. Together, we could stop climate change globally before it’s too late.

What If North Korea Tsunami-bombed America?

What If We Replaced the Moon with Jupiter Overnight?