What If You Had a Botfly Infestation? 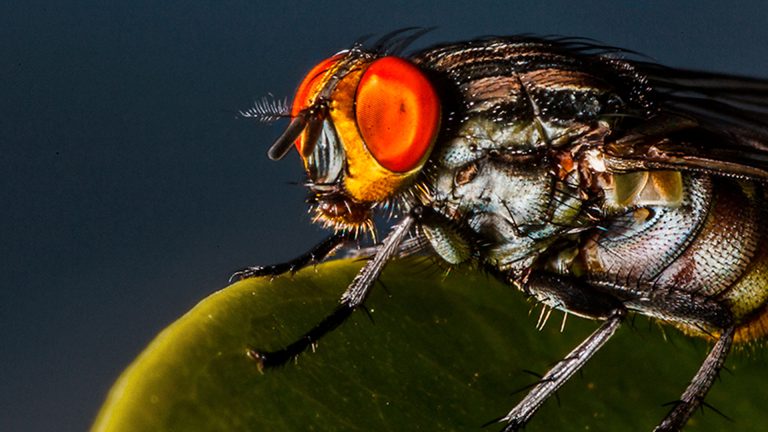 Under your skin, a parasite could be eating you alive until it develops into this horrifying insect, the botfly. So what would happen if botflies infested your body? How would the larvae eat you alive? Why would you want to use children’s glue? And how could bacon grease save your life?

The Dermatobia hominis, or botfly, terrorize warm-blooded mammals in Central and South America. And its favorite meal of choice? Well, you, obviously. The female botfly can lay up to 50 eggs onto a mosquito’s belly, attaching them using a glue-like substance. When that mosquito lands on you, your body heat triggers the larvae to hatch and spring into action.

These nasty little critters can burrow their way down the hole the mosquito left in your skin. They can even enter through your hair follicles. That little itch you ignored could’ve been a botfly larva digging inside you. And it’ll incubate there for the next six to eight weeks. It’s only a matter of time before you experience mental distress and violent nausea.

With this ticking timebomb making its bed under your flesh, how could you get it out? Like, right now? Unlike most insect attacks, it could take days or even weeks before you even know there’s anything wrong. And that gives the botfly the window it needs to feast. At first, you might think the small wound looks like a pimple or a cyst. But over time, it would become inflamed, making you itch like crazy.

The sensation would make you lose your mind at night when the parasite becomes even more active. Why is that little sucker so busy? Well, it’s eating you. The botfly larva is an obligatory parasite, which means they depend on eating live flesh to make it to the next stage in their lives. Killing you is not an option since that would kill them too.

That wound would become larger, growing along with the baby botfly as time passes. The hole the larva initially crawled down now acts as a breathing tube. Cue the pain to start kicking in. If you left this wound untreated, you’d experience stabbing pains for up to10 weeks. Hey, what’s that goo? It could be your fluids oozing out. It could also be the secretion the larva emits.

This substance kills bacteria and other pathogens inside you. This parasite wants a clean you all to itself. If the bug gets near your digestive tract, it could cause you to be nauseous all the time. And with it so active at night, the unbearable discomfort would keep you wide awake. You would live in a world of pain, fatigue and anxiety. So how could you get this creature out?

If you can’t see a doctor for treatment, head to your grocery store’s meat section so you can try some bacon therapy. Many homes in South America place bacon over the wound. If the blocked passage doesn’t suffocate the larva, the smell might entice it to come out. And hey, while I don’t encourage food waste, please don’t eat that bacon afterward.

You could also swap in duct tape or kid’s glue. Just don’t try to pop it like a zit. Things would get even worse if the larva died while inside you. That larva has rows of spines and hooks that keep them anchored. If that body was yanked out fast or smashed, the pieces left inside could create an infection. And that could spread if you didn’t treat it with antibiotics.

If the botfly larva grew into a pupa, it would eventually see its way out of your body on its own. This parasite probably wouldn’t kill you, but the experience could leave you in ruins. Enjoy that Amazon boat ride, but be careful. Don’t ingest anything by accident. You wouldn’t want to swallow a hornet.

What If We Built a City on Mars?

What If We Moved to Ceres?