What happens if you hold in your farts too long? We’ve all been taught that farting loudly and proudly in public is not okay. So instead, we all try to keep our farts inside, no matter how much pain or discomfort they cause.

But could this social norm be endangering our health? How could you die from holding in your farts? If you hold them long enough, could they disappear? Or would they come out of your mouth instead?

On average, a healthy person farts about 12 to 25 times every day, resulting in a release of 0.6-1.8 liters (20-61 oz) of intestinal gas. That means you could fill a one or two-liter pop bottle with the amount of gas you produce each day. That’s a lot of gas to keep building up inside you. If you never let any of it out, would your intestines eventually explode?

Before we answer that, let’s talk about where all that gas comes from in the first place. And no, the answer is not “from pulling my finger.” Your body creates intestinal gas as part of the digestion process. This gas can come from the air you swallow when eating, drinking, or smoking.

It can also be produced when bacteria break down food in your colon. Some foods cause larger, smellier amounts of gas because they contain sulfur. These foods include things like cauliflower, beans, and dairy.

So you probably shouldn’t order that creamy cauliflower bean soup on a first date. Intestinal gas can either be released as a burp through the mouth or a fart through the anus.

While both are frowned upon in public, farts are particularly offensive. But maybe we should worry less about these social norms and more about what holding in farts does to our bodies.

In the short term, this can cause immediate pain, bloating, and heartburn. The longer you hold it in, the louder, stinkier, and more embarrassing it will be when it eventually finds its way out.

And one way it could find its way out is through your mouth. But it’s not as gross as it sounds. If the gas is trapped in your body long enough, it can be absorbed into your bloodstream, passed into your lungs, and eventually exhaled.

And that’s probably the best-case scenario of holding in all your farts. Another possibility is that you could develop swollen and inflamed pouches that form along your intestinal wall.

This condition is known as diverticulitis. It can lead to diarrhea, fever, and bleeding from the rectum. And in case that doesn’t sound fun enough, if your farts are held in because something is blocking your colon, then your colon will start to expand until it pops. This only happens in rare situations with very ill patients. But the idea is still enough to make you think twice about holding everything in. After all, a fart is a natural bodily function, and there shouldn’t be such a negative stigma around it. 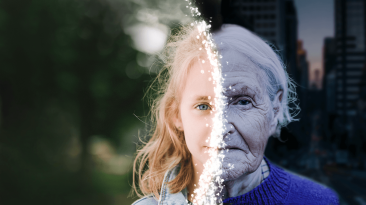 They say we grow up fast, but what if it wasn’t just an expression? What if, instead of living a life for 80 years, we went through our life cycles in just 24 hours... 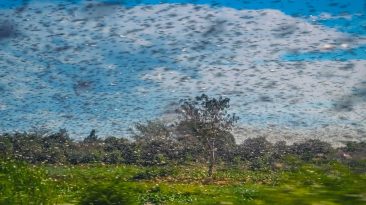 In the United States, these insects have been growing underground for 17 years. They’re annoying, creepy, and above all, noisy. These are cicadas. And soon... 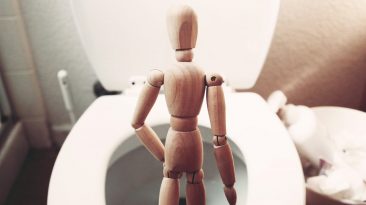 Hi i love your videos

What If You Explored the Deepest Points on Earth?