What If You Were Stranded in Antarctica? 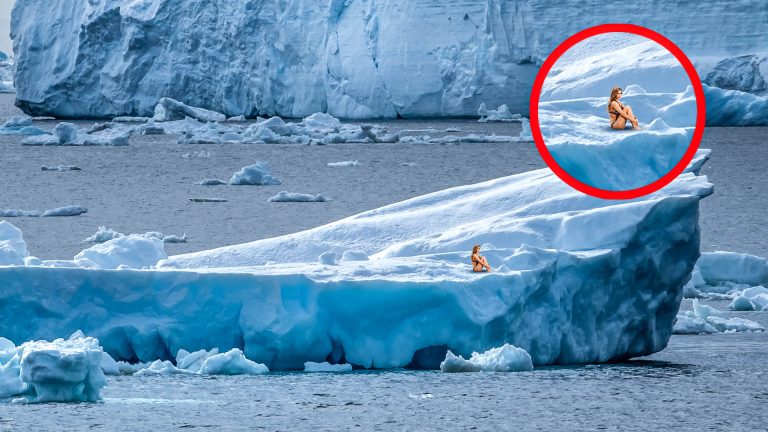 You’re cut off from civilization and stuck in one of the most unforgiving wastelands on Earth. Don’t count on a rescue anytime soon. You’re stranded in the ice desert of Antarctica. What would you eat out here? Where would you find shelter? And how could the ice destroy your eyesight?

Don’t be fooled by all this snow. Underneath this ice lies a giant desert. Parts of the Sahara see more rain than this continent. And if you wander too far inland, you could face temperatures as low as −60 °C (-76 °F). And with winds reaching speeds up to 320 km/h (200 mph), the brutal conditions here could break you within minutes. But if you were stranded in this icy badland, how long would a rescue take?

If you don’t want to wake up as a popsicle, you’d have to find shelter fast. Maybe you could live in the ice caves of Erebus, one of the two active volcanoes in Antarctica. The gases escaping from below carved out a perfect bunker for you. I mean, except for the carbon dioxide floating around in here. Just 10% of this colorless and odorless gas mixed with air could lead to convulsions, coma or even death.

How about you build a shelter instead. Work quickly, and you could build a snow fort. Use your hands, a rock, whatever you can find. Just pack the walls thick enough to protect yourself against those killer winds. If you don’t get cover before frostbite kicks in, your muscles and bones could become so damaged they would need to be amputated later. That is if anyone ever finds you.

The only thing walking, er, waddling out here is the emperor penguins. If you snuck up on one, you might have yourself an oily snack that tastes a bit like chicken. With over 600,000 penguins here, you’ll have an abundant source of protein and maybe even an egg or two. And since you might not get a fire going, get used to eating this meal raw.

Whatever you do, don’t underestimate the emperor population. They may be slow, but they know the land. You’re still learning to walk on ice. But even if you caught one, how would you wash down this meal? 90% of the ice on Earth lies in Antarctica. But snow and ice storms aren’t that common. So When one finally blows through, be careful.

Watch how far down you dig when looking for snow to eat or melt for water. One wrong move, and you could be trapped below. These sheets of ice constantly shift across Antarctica. All that would lie between you and a canyon hundreds of meters below is a thin layer of ice. And if you were on the ice too long during the day, the Sun’s UV rays could cook your eyes like an egg, leaving you snowblind.

Unless you find one of the groups of scientists living out in this barren desert, you could be stranded out here for the rest of your life. In 1914, 27 explorers were stranded for over ten months. It took a dangerous journey across the ice before finding a nearby whaling crew for them to be rescued. Of course, if you spent too much time alone out here, you could develop the condition known as the Third Man Factor.

In extreme isolation, sometimes a person will imagine someone else being there with them. I don’t know if that’s comforting, or creepy. You pushed your body to the limit and crossed these seas to escape your frozen prison. You should take a trip somewhere warm now, reward yourself. What if you were in the hottest place on Earth?