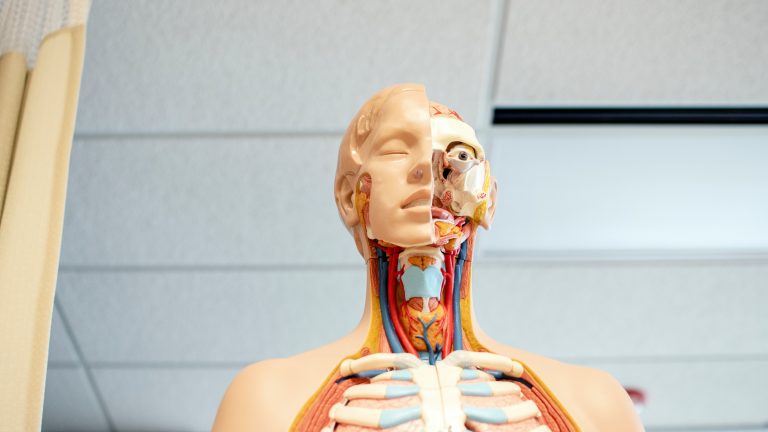 How does your body know left from right? How does it determine on what side of your heart your liver should be on? Could your organs get all mixed up? Well, in our hypothetical world, anything is possible.

Imagine your stomach switched places with your heart. Or your lungs made a 90 degree turn. What would that feel like? Is it possible to stay alive with your internal organs out of place? And what about your external ones?

When you were no bigger than a grain of rice, all of your organs were just about to start their formation. Your heart began to beat before you could even stretch your legs out.

Somewhere in that early embryonic development, your body determined its anterior-posterior axis. In other words, it figured out where its front and back were. That defined two other axes, one for top and bottom, and the other for left and right.

And because of this, your right side symmetrically mirrors your left. On the outside, that is. On the inside, everything is “tetris-ed” in the order of left-right asymmetry. And sometimes, that order gets messed up.

In 2017, a woman from Oregon donated her body to a university research facility. And that’s when anatomy students noticed something about her just wasn’t right. Most of her internal organs were reversed left to right, except for her heart.

The woman lived a happy life, and died at the age of 99, without having the slightest idea of her rare, congenital condition. So does that mean you’d be okay if all of your organs were in the wrong place? Yeah, you’d have to be lucky.

That rare messed-up-organs condition has a scientific name, situs inversus. Sounds cool, right? But if you had it, chances would be slim that you’d live to your 40s. And that’s not cool at all.

Situs inversus happens when genetic chain reactions in your body take a wrong turn. And it’s not always the same. Your heart could be in the wrong place. Like, literally. Scientists call this condition dextrocardia. One in 10,000 people are born with it.

Normally, your heart is located somewhat at the center but is protruding to the left. That’s because your heart’s bottom-left chamber pumps blood around your entire body, and it has to be stronger than your right chamber, which only circulates blood to the lungs.

If your heart shifted to the right side of your chest, you might be in trouble. I’m talking difficulty breathing and fatigue, and lack of oxygen delivered to your heart. Because of that, you might not grow correctly, and you’d be at risk of lung and sinus infections.

This is because the fine hairs in your lungs, called cilia, wouldn’t be too effective in filtering out all the viruses and germs that make it into your body. You’d be getting sick way too often.

Your liver could be affected, too, which could make your skin and eyes turn yellow. On the flip side, your heart could be in the right place, while all your other organs not so much. That condition is called levocardia. And in this case, your mirrored organs would most likely function just fine.

But I wouldn’t say that about situs ambiguus, or heterotaxy. I really hope you’ve noticed the amount of smart words I had to learn for this episode. Anyway, situs ambiguus describes a condition in which some of your organs are all over the place with no particular pattern. You could have your stomach shifted to the right, hanging out in the liver area. Or your liver moved to where your stomach was.

Depending on your specific organ arrangement, you’d be having a wide range of problems. Where do I even start? It would be a mix of cardiac, visceral and vascular abnormalities. You could have multiple spleens, two left-sided lungs, and zero gallbladders. Or, you could have no spleen, and all your chest and abdomen organs shifted to the right. There are options.

But if your organs shifted too much, to the point that they became ineffective at keeping you alive, you would die. All your organs have their own place for a reason. And drastically moving them around would not be good.

Imagine having your lungs tilted at 90 degrees. That would probably mean a longer trachea. And a longer trachea would suggest more cilia to filter the air. Theoretically, you could have less respiratory infections, and that’s good. But positioning your lungs in such a way would move your heart, liver, stomach, and all the other organs down. Your internal organs would no longer be protected by a ribcage, which would mean more risk of fatal injuries.

But most likely, you’d die in the womb or shortly after birth. This organ situation would just be too messed up. Now, what if your organs were flipped top to bottom? Your intestines and kidneys would have to be somehow connected to your abdomen, because they need to expel waste, if you know what I mean.

Your ribs would cover your intestines, but not your lungs or your heart. On one hand, you’d have to be really careful about what you eat. Bloating would be much more unpleasant because of the constriction of your ribs.

On the other hand, your lungs, your heart, and your stomach wouldn’t have that ribcage protection. You would die. That didn’t go too well. But hey, there are people out there with those real conditions, and they keep living their lives no matter what. Some of them don’t even suspect their organs are misplaced at all.

But I’ve never heard of people who look like that. Yikes. Really not something you could easily iron out. Your eyes are where they are, because they need to be closer to your brain to send signals back and forth as fast as possible. Quite evolutionary, since it wouldn’t make any sense to have even one eye in your stomach area, especially in the winter. Brrr.

And your nose? Imagine having it right below the mouth. Depending on how much food missed your mouth, some of those crumbs would definitely get into your nasal passageways and block your breathing. Again, you would die. Ah, that was unpleasant. Leave it up to evolution to decide your organ arrangement. And who knows, one million years from now, your body might look very different. 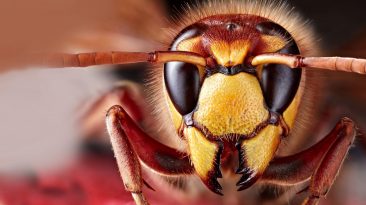 Scroll down to watch our video.  They’ve been terrorizing animals and humans in Asia, and now they’ve come to North America. This is the murder hornet, one...