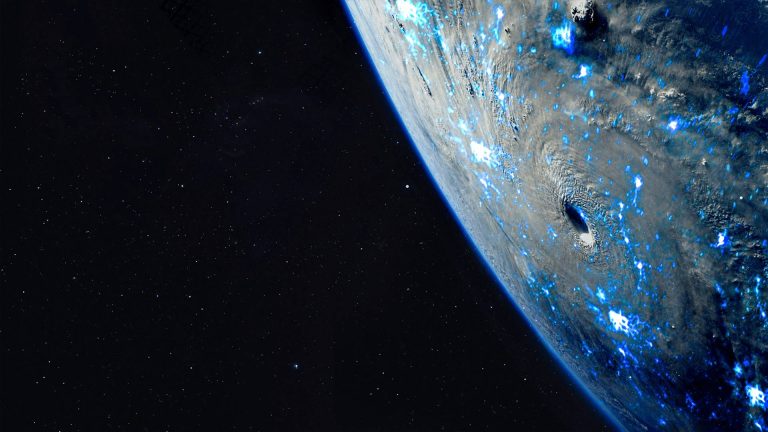 Your body is shaking and you’re feeling nauseous. There’s a sharp pain in your chest, and with each passing moment, it gets harder and harder to breathe.

And even harder to stop crying! Don’t worry, it’s not a heart attack. You’re just experiencing a bout of astrophobia, and you’re not alone. Astrophobia is the third most common phobia in the U.S. But what is it a fear of?

If you couldn’t guess, astrophobia is a fear of thunder and lightning. And while you might be able to keep your cool in a storm, lightning is undeniably a force to be reckoned with.

A single bolt of lightning can have up to 1 billion volts of electricity. That’s more than enough power to start massive fires, destroy homes, and take lives. As many as 24,000 people die from lightning strikes each year. But if lightning storms raged 24/7, the number of deaths would get a lot higher.

If you want to escape a lifetime of thunder and lightning, you should consider moving to Egypt, or the Patagonia region of South America, or Antarctica. Those are the three places that are virtually untouched by the 8 million bolts of lightning that hit Earth every day.

As for the rest of the world, a never-ending lightning storm would force us to rethink our priorities. Wildfires would pose a constant threat, and we’d likely be fighting several at once, the whole year ’round! We’d need to devote more resources to combating these wildfires, not only to protect ourselves, but to preserve wildlife, ecosystems, and valuable natural resources.

We’d also have to update the way we build buildings. How could anyone learn, or get any work done, with the constant sound of thunder booming in their ears? We’d need to make soundproof walls and windows to block out the harsh noise.

We’d also put lightning rods at the top of every building. And at the bottom, hopefully something better than sandbags. Thunderstorms are almost always accompanied by rain, snow, or hail. So if lightning storms never stopped, constant flooding would be a huge issue.

And even below ground, never-ending lightning storms would require a complete upheaval of our plumbing systems. You might already know that lightning tends to hit the tallest object in the area, but its charge can travel in all directions.

So when lightning strikes a house, it can send an electrical charge all the way down to its metal plumbing pipes. To prevent this risk, we’d be better off switching to PVC pipes for plumbing, which don’t conduct electricity.

While never-ending lightning storms would be very inconvenient, and incredibly dangerous, there’s a secret benefit to lightning that we don’t usually think about. Lightning produces ozone, which is an essential gas in our atmosphere that protects Earth from the Sun’s harmful UV rays.

Bursts of lightning trigger chemical reactions that release nitrogen-oxygen compounds. These compounds react with the oxygen in our atmosphere to create ozone, which shields us from solar radiation.

So while lightning can be loud and scary, keep in mind that it’s also working to protect you. We’ll never live in a world where lightning storms never stop, but with climate change on the rise, we might expect to see more lightning storms.

Then again, a newer study suggests that warming temperatures will actually reduce the number of lightning storms by 15% by the turn of the century. But whether we get more or less, and whether you hate it or love it, the world needs lightning.

And who says we couldn’t use a little spark every now and then too? But if you want to see something that’s even more shocking, think about what would happen if a massive solar storm hit Earth!

What If You Jumped Into a Pool of Hand Sanitizer?