What If We Drilled Through a Volcano? 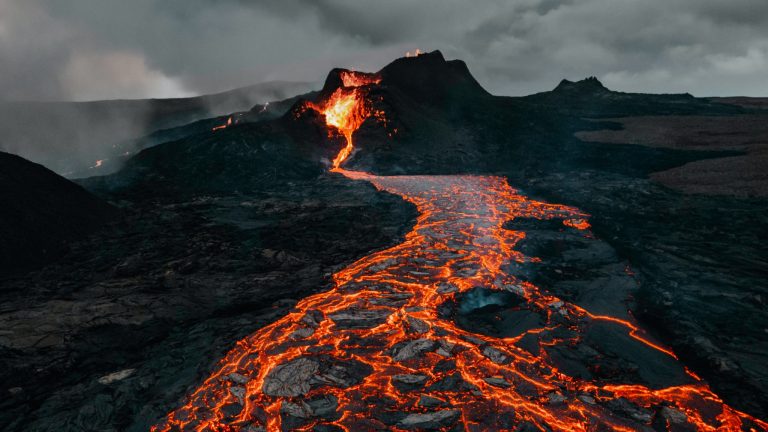 Volcanic eruptions can be devastating. So what if we took extreme actions to prevent them? How could we drill into a volcano? What would be the benefits of doing this? And what if everything goes very, very wrong?

A volcano is an opening in the Earth’s surface through which lava, gases and volcanic ash can escape. Usually, they take the form of mountains from the layers of rock and ash that collect around them.

Volcanoes are categorized in terms of activity. If they recently erupted and are expected to do so again, they are active. If they no longer have eruptions but still carry the potential, they are dormant. And if they will likely never erupt again, they are considered extinct.

But judging a volcano from the surface wouldn’t give you the whole picture. To understand it and predict its behaviors, you’d need to understand what’s going on underground. If you found a way to do that, you could potentially save the lives of thousands of people.

Not all volcanoes look the same. You may be familiar with the more traditional look of a cone sticking out of the ground. That’s a stratovolcano. But this collapsed bowl-looking structure is also a volcano. And it’s known as a caldera.

A collapsed volcano is dangerous because it doesn’t have a central vent through which heat and pressure escape. Its magma chamber continues to fill up deep underground until it’s extremely explosive and destructive.

One example of this is the supervolcano Campi Flegrei near Naples, Italy. It has had two major eruptions. And the one 39,000 years ago was so destructive that it could have had a role in the extinction of Neanderthals. If this supervolcano erupted today, the massive explosion could kill hundreds of thousands of people. And the devastating effects on the climate would harm many more.

That’s why a team of scientists wanted to have a better understanding of what was going on inside this volcano. So they took on a massive project to drill a 3.5 km (2.2 mi) hole right into it. They planned to fit the borehole with thermometers, stress meters and seismometers. This way, they could help predict an explosion.

But the project was stopped at a depth of 0.5 km (0.3 mi) because of some concerns. What if drilling into a volcano could cause that volcano to erupt? Well, if you were to drill into a volcano, triggering significant seismic activity would not be your only worry.

First, you’d bring all your fancy equipment to the Campi Flegrei site and begin drilling. Of course, this would be a costly endeavor. You’d need $6 to $8 million to start the project. At first, everything would go smoothly. But then you’d notice the ground shaking.

You’ve hit a hydrothermal gas pocket, causing hydrogen sulfide to escape. This could trigger explosions, earthquakes or even a full-blown eruption.

This happened in 2006 when scientists drilled into the Lusi volcano in Indonesia. An eruption was triggered that killed 13 people, displaced 30,000 and resulted in $2.7 billion in damages. Since drilling there didn’t work out, how about somewhere else? Welcome to Yellowstone National Park.

This supervolcano hasn’t erupted in over 70,000 years. And while experts say it won’t explode in your lifetime, it probably will in the future. And when it does, the effects will be devastating. An ash cloud would cover everything for over 800 km (500 mi). Large areas of the Midwest U.S., all the way to Chicago, would have up to 10 cm (4 in) of soot. Not to mention decades of damaging effects on the climate.

But don’t worry, NASA has an idea. The plan? Cool the volcano down. The first step would be to drill into the sides of the volcano. Then pump water in from one side to flow out the other side. This water would absorb the heat from the volcano and become as hot as 175 °C (350 °F). Not only would this cool the volcano down, but you could use it as an alternative energy resource for local electricity.

The only drawback is that this cooling technique would be slow. It would take you a few thousand years to render the volcano inactive. Of course, a whopping amount of money too. Almost $3.5 billion.

So maybe drilling into volcanoes isn’t your best bet. There are too many unknowns. Would it be worth it to try and stop a future eruption if you accidentally triggered a full-blown one now? Maybe you could drill deep into other parts of the planet. Or maybe all the way through it?

What If Humans Walked on All Fours?