What If You Ate Roadkill? 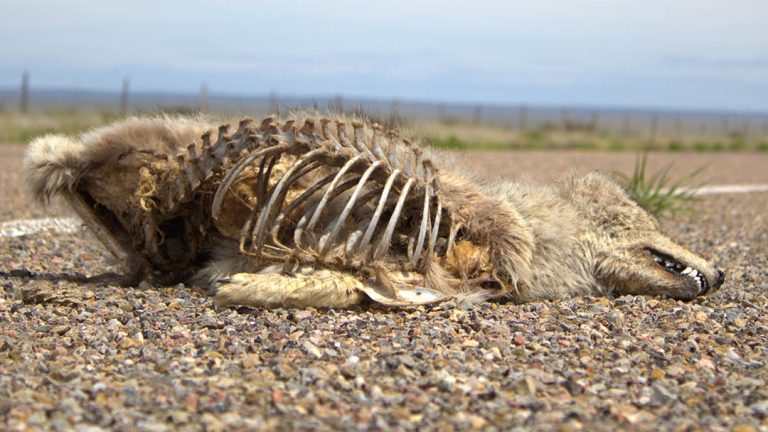 That bump in the road may sound horrifying. But don’t worry. Its next stop could be in your stomach. So what would happen if you ate roadkill? What diseases could you catch? What animals are safe to eat? And could this meal make you an outlaw?

Nature has a way of cleaning itself up without our help. And sadly, humans provide these scavengers with quite a feast. A study by the Federal Highway Administration found more than 300,000 animals have their lives cut short by vehicles every year. So with all this meat lying around, why let it go to waste? But once you scrape this meal off the side of the road, how long could it last in your freezer?

Before you fire up the grill, you’d better double-check that meat. While this wild animal wouldn’t have had hormones or antibiotics pumped inside it, that doesn’t mean it’s safe to eat. Anything that’s been sitting on the road for more than 12 hours could threaten your life. We’ll get into that later. But how would you know which meat is safe to eat and which isn’t?

Researchers found that the most common animals hit by drivers are moose, elk and deer. One roadkill cook is renowned for his owl curry. But don’t count out all the vermin running around. Rats, raccoons and anything that doesn’t make it across the road is fair game now. Do rats count on keto? But depending on how long the dead body has been lying on the street, it might contain several diseases.

If you ate an animal with rabies, the virus would surge through your system. Of course, you wouldn’t be able to tell which viruses exist in a dead animal. But you can look for other signs of danger. If you can smell an animal before you see it, keep driving past it. A couple of flies buzzing around wouldn’t affect the meat, but look out for their larvae in open wounds.

The same goes for maggots. Wiping off roadkill won’t keep you safe. And what about fleas? Well, fleas don’t stick around on cold bodies. So a few fleas could mean the meat is still fresh. Oh, that looks tasty. But how could the weather affect your meal? A freezing winter day could keep this meat chilled to perfection until you stumble upon it.

But hot asphalt could make the carcass decompose fast. And don’t think throwing this meat into your freezer right away would save you from the viruses and bacteria we mentioned earlier. It would only keep them dormant until you cook this roadside cuisine. Grilling roadkill might unleash the actual plague.

Caused by the Yersinia pestis bacteria, this nasty microbe killed 20 million people in four years in medieval Europe. So while your culinary instincts might tell you to cook your dinner medium-well, I’d prefer it well-done. I mean, you want to avoid the plague. But even if you found this delicacy lying on the road, would it be legal to eat it?

Well, that’s a bit tricky. More than half of the states in the U.S. have legalized collecting roadkill to eat. Of course, it depends on the animal. If you hit a deer outside of hunting season, you might have to leave it on the road if you don’t want to get fined. But some states like Alaska declare all roadkill state property and give the meat to families in need.

So taking roadkill for yourself could take the food out of someone else’s mouth. While you might have a more ethical and less wasteful meal than you can pick up at the supermarket, eating dead animals from the side of the road could lead to serious health problems. But what if the roadkill you found wasn’t from our planet? What if you ate an alien?

What If You Spent 24 Hours in a Hot Spring?