What If You Didn’t Pee for a Week? 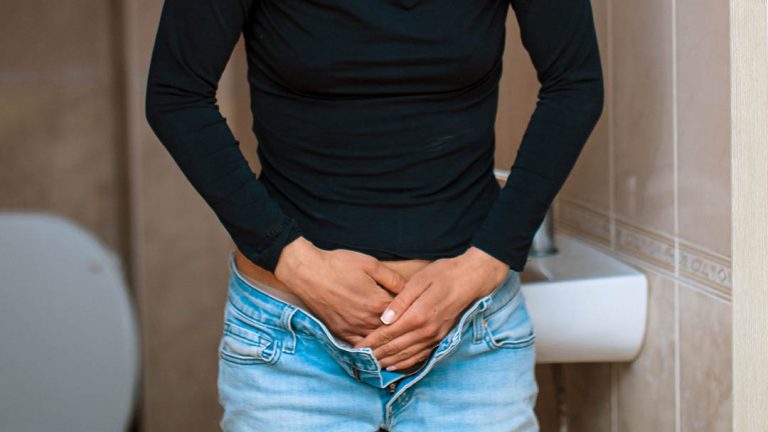 It’s the situation we all dread. You drank too much soda. Now you’re stuck in traffic, surrounded, and not one exit in sight. It’s only a matter of time before everything comes out. You might hold it for another 20 minutes at the most. But what if you didn’t pee for a week? What kind of infections could you get? Why would this destroy your body? And what would happen to your bladder?

Your body can take in almost 1 l (34 oz) of fluid per hour. But at the end of its journey through your organs, only 20% will make it into the toilet. Staying hydrated helps your skin maintain a healthy glow and removes toxins from your system. Doctors recommend peeing once every three hours to keep yourself free from these poisons.

Holding it in for more than an hour or so won’t put you at any risk. But if you stopped peeing for a week, would you lose all control of your bladder forever? Your bladder expands to accommodate the fluid you put in it. And once it reaches its capacity, it sends a signal to your brain to let you know to release it. Soon. Muscles will contract to keep that urine from leaking out at the wrong moment. But the strain of holding it in for seven days could cause permanent damage.

In the first 10 hours, your bladder may tighten so hard that it may not relax anymore. Doctors call this condition urinary retention. Even if you wanted just to give in, you wouldn’t be able to go. You know, if your bladder doesn’t burst open first.

Every move, every touch might set you off right now. To be clear, bladders bursting open aren’t that common. And many doctors don’t think it’s even possible. So just take a deep breath, listen to some calming music and try not to think of the infection building inside your urinary tract. Instead of exiting your body, bacteria would start breeding and spreading inside you.

If the infection keeps spreading, you might develop hydronephrosis, swelling of the kidney after urine builds up. This backup might cause a reverse flow, sending a river of pee into your liver. Waves of pain would shoot throughout your abdomen, giving you nausea, fever and you might lose all control of your bladder, peeing at random times. This condition could land you in the hospital for emergency surgery to remove the blockage.

If you made it this far, you might have drunk less water to minimize your pain. But now you’re severely dehydrated. So now the water you drink does less for your body because your organs aren’t getting enough lubrication. And those toxins in your system keep rising to dangerous levels.

If you have a prostate, it could start swelling, blocking the passageway to the urethra. Other people’s bladders could change position, called a prolapse. If the bladder moved, it could stop the flow to the urethra. But you made it to the end of the week. You could pee out liters of urine if it gets through the blockage. And now your worst problems would begin.

Even if you were to live through the seven days, the damage to your kidneys would last forever. You might need dialysis or even a new kidney. That would put you on a waiting list for about four years in the United States. If your systems were that damaged, you might only use the bathroom once a year.