What If You Had No Food for a Month? 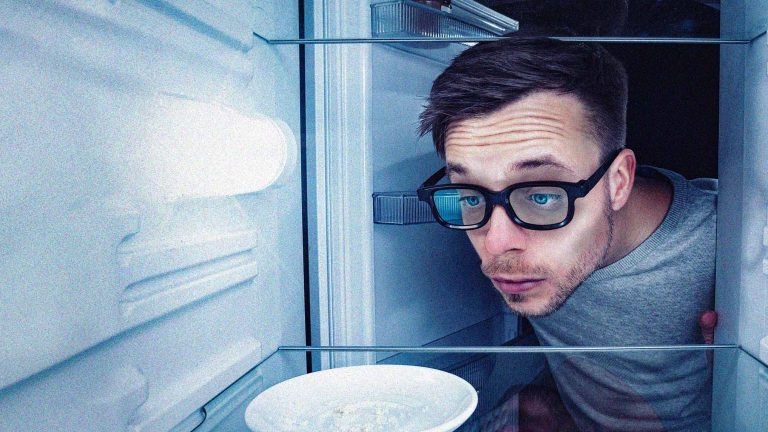 Before we start this episode, I gotta warn you. We’re going to talk about starvation and how it can harm your body. Like all What Ifs this is a thought experiment based on data from our sources linked below. Please, do not try this in real life.

You’re so hungry you can’t focus. Every sound gets under your skin. And it’s not even noon yet. So how will you last for a month without eating? Could your heart stop beating? What would happen to your brain? And would you be hangry all the time?

For too many people, starvation is a reality. While our planet has the resources to feed all of us, 16.6% of the world’s population goes undernourished. But this experiment isn’t some fad diet or protest. No, we’re taking your food and locking it away for a month.

And that’ll be hard on you since the human body needs at least 1,800 calories a day to survive. Try thinking of yourself as a machine. If you run out of fuel, you might break down. But once you start eating again, could you slip into a coma? Savor the flavor of that last bite. You won’t be getting another for a month. Let’s get started.

Right now, your body would be creating glucose from your last meal. All this energy would be enough to keep feeding your cells and your brain. But not for long. If you feel snacky again, brace yourself. That slight craving might turn you into a monster.

At this point, the glucose in your body is long gone. With a low blood sugar level, you could become irritable or angry. Or hangry, if you will. And you wouldn’t like me when I’m hangry. Your system would begin the process called ketosis, breaking down excess body fat to create energy to make up for the lack of nutrients. These fatty acids would travel to your liver and fuel your body, making you lose mass. But this weight loss would have a surprising effect.

By now, your body would begin cannibalizing itself. This transition, called ketoacidosis, turns your muscle tissue into glucose. Amino acids could start eating your heart alive to keep your other systems working. Your heart could give out at any moment. Now real trouble could start.

As your body continues to consume itself, you would shed weight fast. If you lose 18% of your original mass, you could have trouble breathing and might pass out often. Since your brain wouldn’t get the energy it needs, you would feel tired and unfocused all the time. You might even have an epileptic seizure. That knot in your stomach will only get worse. Do you have to eat that in front of me?

If you stayed hydrated, you might still be alive. Just barely. Without any nutrients, you could experience severe convulsions. Your heartbeat could become irregular, and you could hallucinate. But at this point, starvation could be the least of your concerns.

Since you would be vitamin deficient, your body wouldn’t have the strength to fight off immune system-related diseases. Any exposure to airborne viruses or bacteria could kill you. So stay quarantined. You only have one more week to go.

If you’ve made it this far. Congratulations. You’ve survived possible organ failure, powerful mood swings and crippling exhaustion. But don’t run to the buffet yet.
Once you start eating again, your body might produce insulin rapidly to adjust to the nutrients returning to your bloodstream. And you won’t have healthy levels of electrolytes either.

So if you celebrate with all your favorite foods at once, it could lead to heart failure or put you in a coma. And that’s if you’re lucky. An insulin spike could also kill you. Depriving your body of food for too long wouldn’t just be an extreme diet. It could be a death sentence. When you’re ready to eat again, your hunger could come back stronger than ever.

What If We Moved to Ceres?