What If You Couldn’t Trust Your Own Memory? 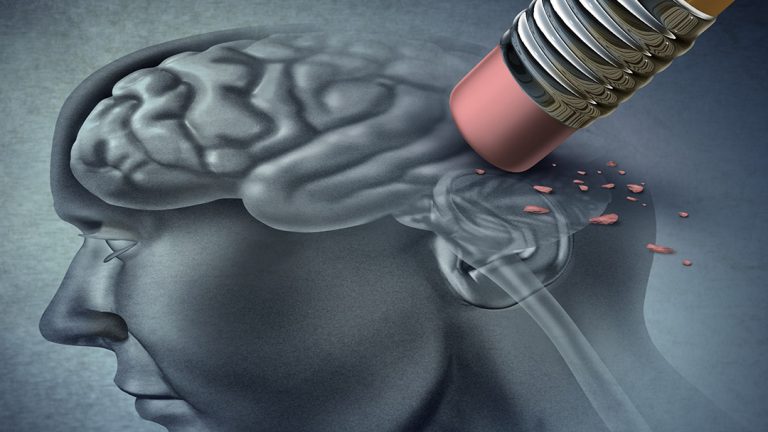 Do you remember reading the Berenstein Bears books when you were a kid? Or perhaps you watched that 90s genie movie starring the actor Sinbad? Well, I hate to break it to you, but it’s really the BerenSTAIN Bears, and that genie movie doesn’t exist. Well, at least not in our Universe. Our memories deceive us more often than you might realize.

So how can we truly know if our memories are correct? How does memory work in our brains? What does the Mandela Effect reveal about our memory? How easy is it for our memories to be hacked?

Memories are kind of like Monet’s impressionist paintings. They can be vivid and highly detailed, but they’re never quite perfect. This is because our brain’s ability to process and store memories is limited, just like a computer’s hard drive. But instead of 1’s and 0’s, our brains store memories in the connections between our neurons.

Removing or changing just a single chemical or a molecule in the brain can alter these neural connections. And that can prevent the formation of memories. Or even destroy memories that already exist. So, how can we truly know if our memories are real?

Before we answer this question, let’s take a look at how memory works. Much like saving a file on a computer, our brains encode our memories. Then they store them in our neural network, so our conscious mind can retrieve them later. We process different types of memories in different ways.

We create sensory memories when sensory information is received and processed by our brains. This could be something like seeing a cute puppy, or smelling fresh cinnamon buns during your morning walk. We store short-term memories from a few seconds to several minutes, like remembering a phone number someone just gave you.

Here’s a pro tip: you might want to carry a pen with you the next time you go on a date. Working memories are a type of short-term memory that we store until a task is completed. They’re like a server memorizing a complicated dinner order. And long-term memories are those moments or things imprinted in our minds, like a first kiss, or something as simple as the date of your birthday.

Each of these types of memories reshapes the brain by triggering molecular reactions in our neurons. Short-term memories are processed in the prefrontal lobe. And if they’re particularly memorable, they’ll become long-term memories in the hippocampus. So why is that certain memories tend to stick with us longer than others?

Well, those vivid memories, like your baby’s first steps or sudden world events like 9/11, are known as flashbulb memories. Many people claim to remember minute details during these events, like where they were, what they were wearing, or even the time of day. While these memories may seem accurate to us, even the strongest memories can be false.

This is because our emotions can often distort or corrupt our memories. So if you thought it was raining on that sad day you lost your job, well, it really could have been sunny. Unfortunately, It’s not just flashbulb memories that can be inaccurate, but literally every memory you’ve ever had. Sorry to break it to you like this.

This is because our brains only store a small piece of information about what we experience. And every time we recall the memory, the data becomes slightly altered. And people can manipulate your memories, to the point where they might try to incriminate you for something you didn’t do.

Some police interrogation tactics can generate false memories to serve as an alibi. Therapists have also been known to induce false memories through a type of psychoanalysis called regression therapy.

In one study, psychologists asked people who witnessed a car crash to recall the event in great detail. The researchers hacked their memories by mentioning a broken headlight on one of the vehicles involved. Many of the witnesses seemed to remember a broken headlight. The only catch was, there was no broken headlight.

Perhaps the most common example of false memories is the Mandela Effect, a type of collective false memory. The name came about as many people claimed that they remembered seeing news coverage of Nelson Mandela’s death, and even a speech from his widow, in the 1980s. Yet in reality, or at least this reality, Mandela died in 2013, not the 1980s.

Some conspiracy theorists believe that these false memories result from us slipping into alternate universes that are nearly identical to ours, except that little things like food labels or famous movie lines are different. Remember that famous line in Star Wars, “Luke, I am your father”? Well, the real line is, “No, I am your father.”

Do you remember Febreze having one e or two? Turns out, it’s always been Febreze. Huh, spooky. Is this a glitch in the matrix? Or have all our memories been hacked in some way? Well, memory hacking is actually a very real thing. A memory hacker is someone who deliberately tries to implant a memory.

A study published in the Psychological Science journal reported a series of interviews with several participants. The people who were interviewed came to believe they experienced a highly emotional event that never happened. The interviewers induced these memories through a mixture of misinformation, imagination and repetition.

This just goes to show how vivid and dangerous implanted memories can be. Innocent people can be manipulated, and they could end up in jail for a crime they never committed. While memory hacking can be dangerous, it does have benefits too.

Our brains have a way of blocking certain traumatic memories as a coping mechanism. But for people with post-traumatic stress disorder, or PTSD, these bad memories can easily be triggered and haunt them.

Research led by Dr. Jonathan Sherin shows that taking a chemical known as gamma-aminobutyric acid (GABA) could help suppress traumatic memories in people who suffer from PTSD. GABA dulls painful memories by blocking nerve impulses so that a nerve cell cannot communicate with surrounding nerve cells. People with high levels of GABA tend to have an easier time suppressing traumatic or embarrassing memories.

Perhaps, in the not too distant future, we’ll be able to replay our favorite memories in our dreams with some sort of neural implant. Have you ever wanted to revist your first kiss, or watch your favorite movie, or What If episode again, as if you were seeing it for the first time? Or maybe the rabbit hole goes a little deeper. Could all our memories, and reality itself, be some sort of elaborate illusion?

What If All the Planets of the Solar System Were in the Habitable Zone?