What If Your Skin Was Made of Rock? 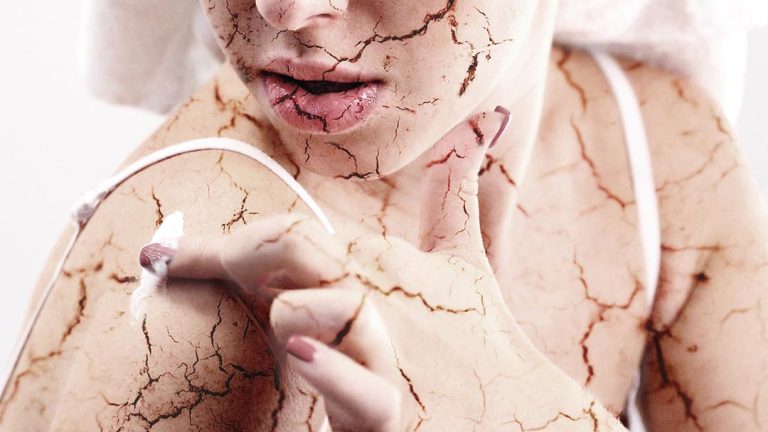 Your wildest dreams have come true. You’re a superhero. Rocks have replaced all of your skin, and you look like the Thing. Well, I didn’t say you were going to be your favorite superhero, did I? How would this change affect your body? What kind of superhuman powers would you get? And in what ways would this change your daily life?

Your skin is a waterproof insulator guarding your body from extreme temperatures, harmful sunlight and dangerous chemicals. And it’s your largest organ. On average, it can stretch to cover 2 sq m (22 sq ft) and can weigh almost 3.6 kg (8 lb).

The innermost layer, the subcutis, helps keep you insulated by reserving fat. This also saves some fuel for your body when there’s a shortage of food.

The middle layer, the dermis, regulates your temperature by cooling you off with sweat glands and hair follicles. So that’s where all your stinky hair comes from.

The outermost layer, the epidermis, regenerates itself. It flakes off keratinocyte cells every five weeks or so. And this is where melanin is made. This is the pigment that results in your skin color. So if your skin turned into rocks, would you lose your connection to the outside world?

Your life covered in rocks would be quite different than life with your previous skin. And though you might be thrilled to be like Ben Grimm, also known as the Thing, it could take a while before you have any of his superhuman strength. The first change you’d notice is that you’re much heavier. And even if you were a bodybuilder, you’d struggle to move any of your muscles.

You’d have to develop an exercise and diet routine to build up your strength. You’d need to eat a lot to keep up with the energy you’d be exerting. You should stick to a lot of proteins. But if you manage to work out hard enough, you’d be able to lift things up to 77,000 kg (170,000 lb). Just like the Thing. But with those giant rock hands, you’d mostly just smash and break things all the time.

You would not be able to walk or run very fast. Or very far. You’d have to rest nearly every hour. But what would be going on underneath those rocks?

The outer rock layer would be like your new epidermis. Underneath that would be a softer, more permeable skin. You’d be happy to have this because your sweat glands could help regulate your body temperature. And doctors could vaccinate you using strong needles and precision.

But you probably wouldn’t see the doctor too often because you’re a superhero now. You’d be able to withstand extreme temperatures between -60 and 427 °C (-75 and 800 °F) for up to an hour. You could endure any explosion. Like a real superhero. Don’t look back. Just keep going. Be cool.

You’d be able to hold your breath underwater for around nine minutes. Well, that doesn’t have anything to do with the rocks. That’s just your new superhero trait. Great party trick too. In reality, life with rocks instead of skin would be very challenging. Some real people suffer from a rare genetic disorder called epidermolytic ichthyosis.

They have blistering skin from the day they’re born. Their skin goes into hyperkeratosis and becomes very thick. It makes them itchy, prone to infection and in pain. You’d need to consider some similar relief treatments. Unfortunately, with rock skin, you probably wouldn’t manage to achieve any of the heroic traits of the Thing.

But hey, how about trying a different superpower? Let me think. How about invisibility? If you became entirely invisible, what bank would you rob first? Just kidding. Or am I?

What If You Were Caught in a Riptide?

What If Ants Were the Size of Elephants?